7. Award winner as the junior most Tabla Badak of Northern Bihar 2019.

12. Regional Level winner in extempore and elocution in junior category by Zee Learn 2019.

Master Lareb Mohib of VIII B and Master Kumar Satyam of VIII A have bagged 2 Gold Medals in Senior Doubles Category in 17th Sr. National Woodball Championship held in Nagpur. The duo beat over 500 students across 22 states to claim the title. They were awarded by the MLA of Nagpur in July 2019. As a cherry on top, they were finalized for the International Round to be held in Taiwan.

Under the guidance of PTI Manish Ranjan (who has been selected as an International Referee by Woodball Association of India) and Mount Litera Zee School, Motihari, the duos have been trained for not just National but International Level.

Keeping the trend of grabbing gold, Khushdil Singh of IV C too acquired Gold Medal in National Level Taekwondo, beating students across the nation Sub-Junior Category. The event was held in Hyderabad in 2019. Repeating history, he was awarded another Gold Medal in Sub-Junior Category in National Level Taekwondo Championship in Kolkata. His sister Sakshi Kumari VIII C following the trend acquired Silver Medal in the same championship. MLZS, Motihari 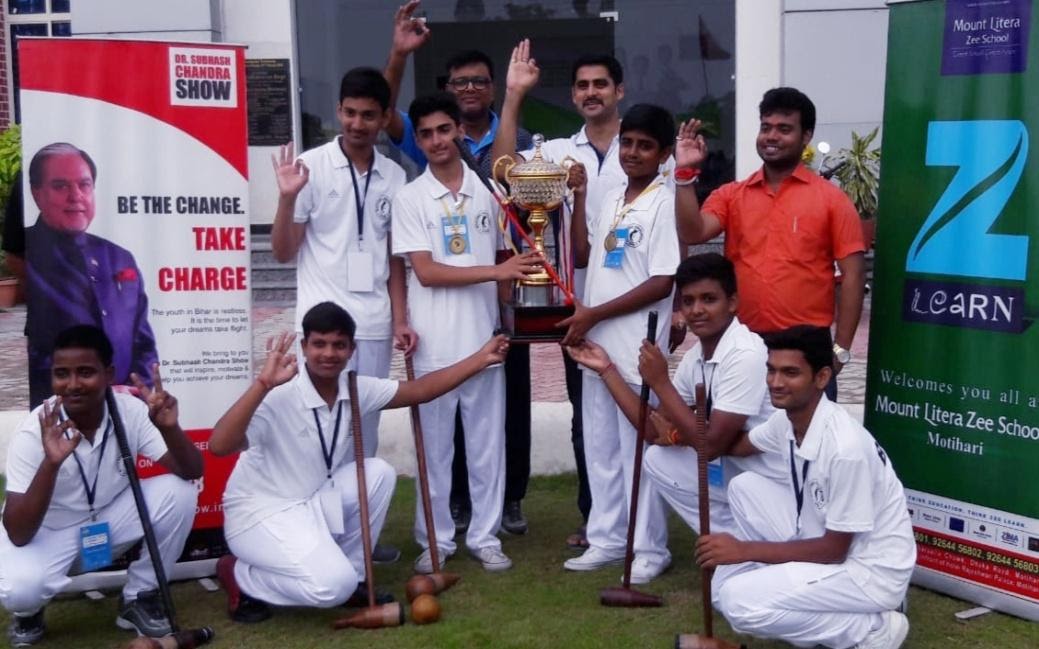 Since the inception of MLZS Motihari, students have taken keen interest in delving into the arena of emerging Woodball Game. Shear hard work of Kumar Satyam of (VIII A) and Lareb Mohib of (VIII B) resulted in grabbing 2 Gold Medals in 17th National Wood ball Summit held in Nagpur, Maharashtra. Within a short span of time, they inculcated the intrinsic skills required to play such a labour demanding game and achieve tremendous height of success. 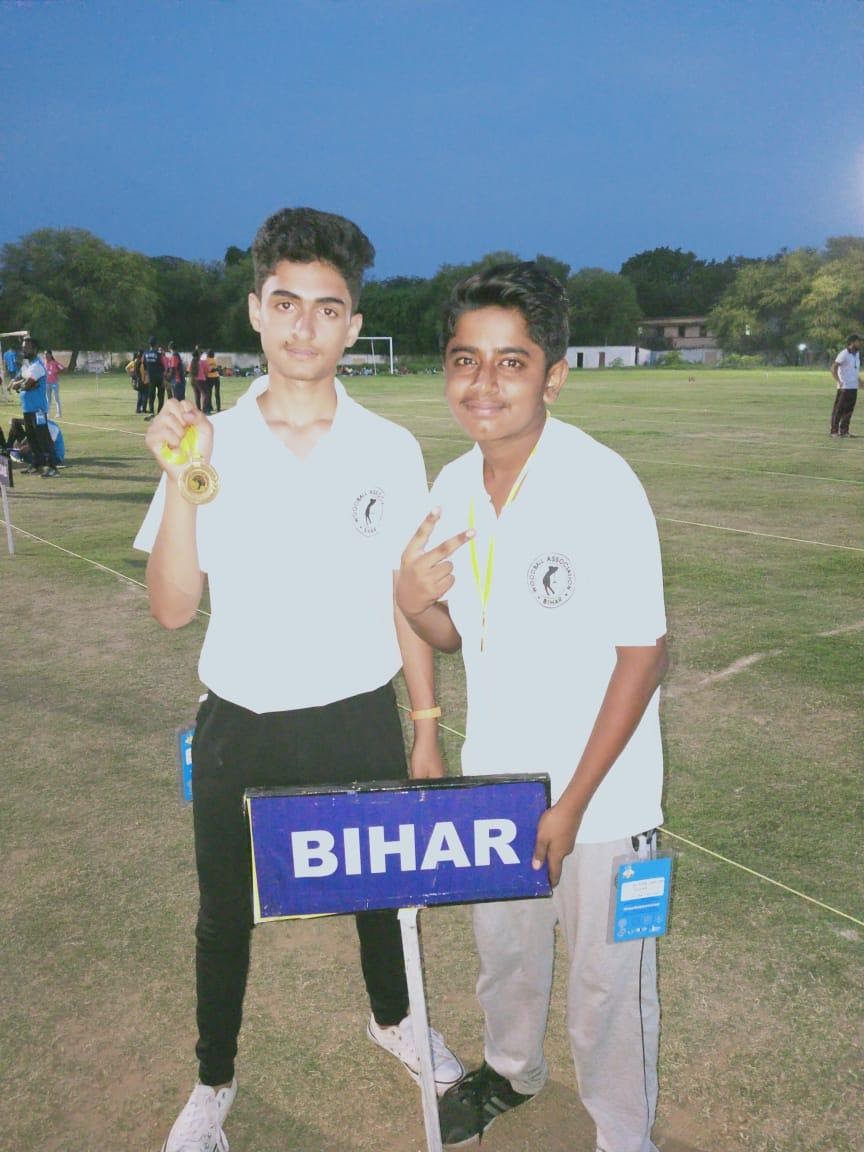 Taekwondo competition typically involves sparring, breaking, and patterns; some tournaments also include special events such as

There are two kinds of competition sparring: point sparring, in which all strikes are light contact and the clock is stopped when a point is scored; and Olympic sparring, where all strikes are full contact and the clock continues when points are scored. Sparring involves a Hogu, or a chest protector, which muffles any kick's damage to avoid serious injuries. Helmets and other gear are provided as well. Though other systems may vary, a common point system works like this: One point for a regular kick to the Hogu, two for a turning behind the kick, three for a back kick, and four for a spinning kick to the head.

Cogitating in mind health and security, KHUSHDIL KUMAR from class IV from MOUNT LITERA ZEE SCHOOL MOTIHARI has excelled to the ultimate level in grabbing Gold Medal in Taekwondo. The event was held in PATNA with participants from all over the state. 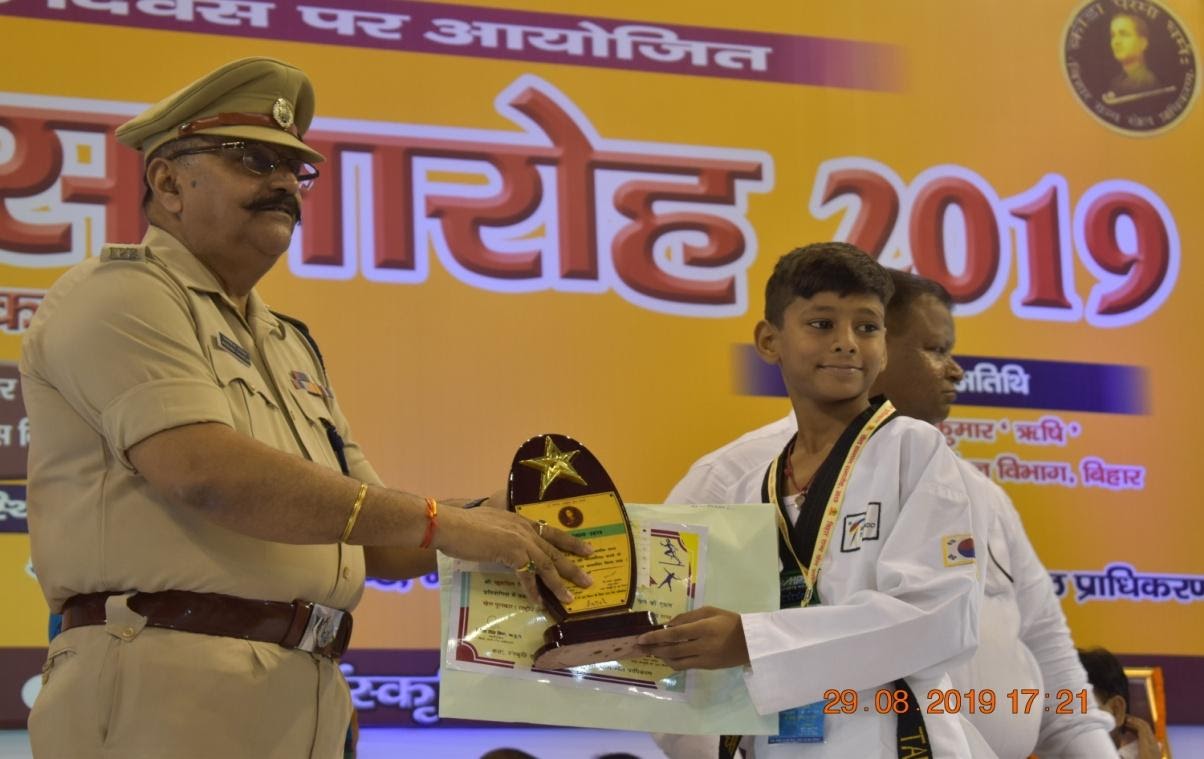 Thought of the Day

Thought of the day

"_Even as a solid rock is unshaken by the wind, so are the wise unshaken by praise or blame."

Notice for House Board Decoration Pdf

"Want call back from us, Feel free to write here"